A 40-inch x 40-inch painting/drawing (oil paint and oil pastel) I created of the son of a woman I used to know. Her son Zach committed suicide after suffering from depression – he was only 20, and was staying with his dad. Despite the fact that Zach had attempted suicide before, his father left him alone at home with an unsecured handgun – which Zach then used to end his life. Stunningly, local authorities saw no problem with that. 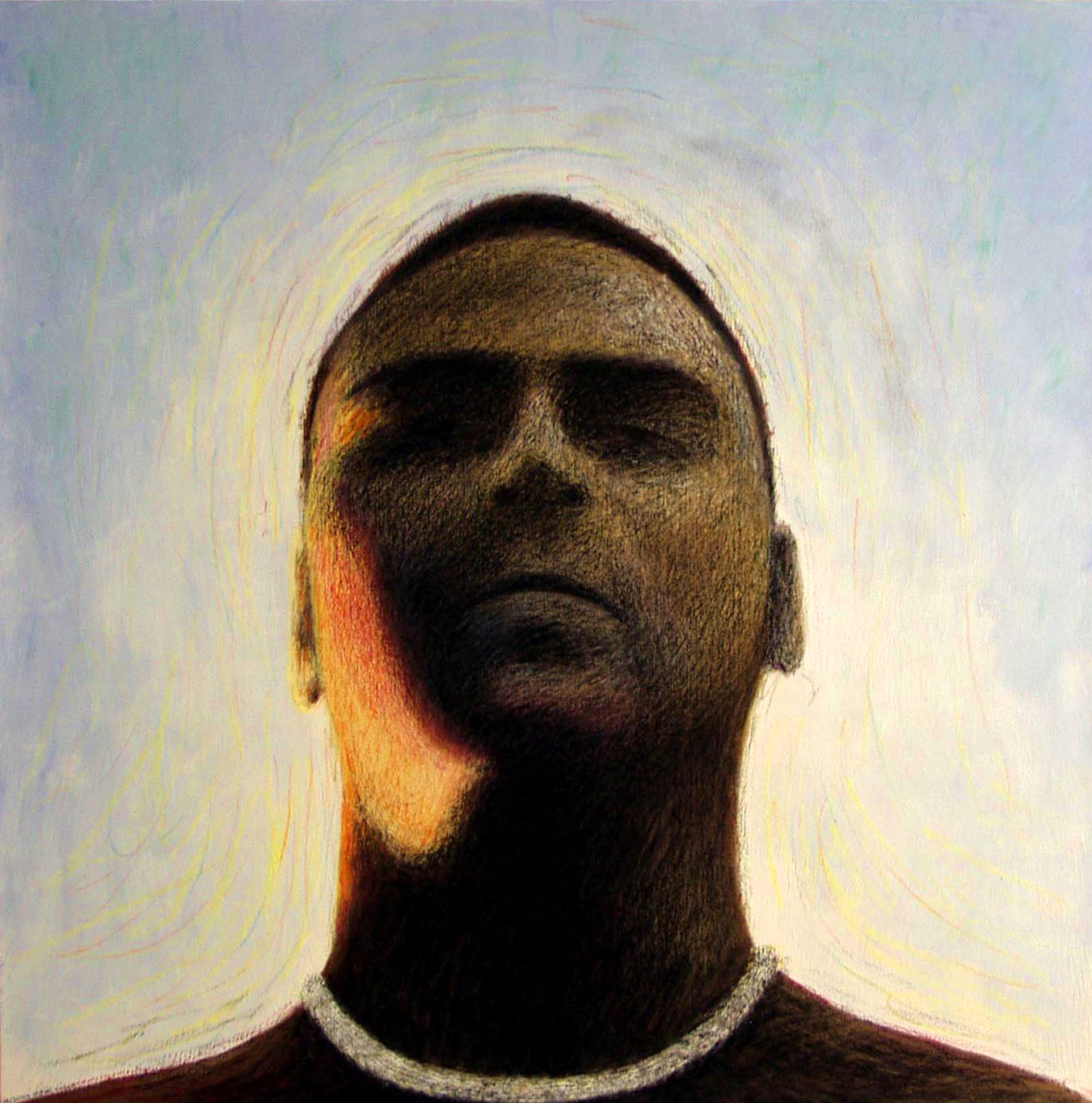